I was diagnosed on Aug 15, 2012 with chronic myelogenous  leukemia in the emergency room at Timpanogos Hospital in Orem, Utah. We went to the ER because I was very short of breath and my oxygen rate was 67 (should be 90 or above.)

The magic words to get into the ER quickly are "I can't breathe" and "I have chest pain." And the fact that there was only one other patient in the ER when we arrived. There was a whirlwind of activity in my room. My mom and I couldn't figure out why there were so many nurses and technicians working on me. A urine sample was obtained, they put me on oxygen (4), and because I have a history of pneumonia and blood clots, I went on a ride to have a CT scan done. Twice because the dye leaked out of the IV the first time. I am claustrophobic so that was an interesting 35 minutes. They had to find out if my problem was a pulmonary embolism (it was not,)

Back to my ER room for a CBC. Twice. They came back after the first draw and said one of the numbers was off and they wanted to retest. The number that was off was my white blood cell count and it matched both times. 300,000+. While we waited for the doctor, I had a chest xray to see if I had pneumonia, and a breathing treatment because I was wheezing so badly. One of the nurses put an IV in each of my arms and then came back with a armload of IV bags with the comment "I have never hung so many bags on one patient in my life." Oh.

And then I got a Foley. A what? A Foley! A catheter. Ugh. Then the doctor came in and told me that I probably had leukemia. 99% sure. I will never forget the look on my mom's face and my feelings. (I am sure I had the same look of stunned surprise and shock.) My thoughts: I am too young to die and My dad just died 2 months ago. Heavenly Father why are you doing this to me?

The ER doctor continued to talk about leukemia, bone marrow transplants, oncologists, and other stuff that I can't remember. He did order antibiotics for potential pneumonia and a shot of Lovenox in my stomach (thin my blood.) An ABG was done (arterial blood gas.) That involves a needle with barbed edges that has been heated. Then it is stuck into an artery. The nurse being trained to do the ABG was not amused at my sarcasm. The reason it hurts so much is because they take it from an artery and because the artery in the wrist is surrounded by so many nerves. She was just learning so much digging around was done in my arm. My mom told me I could cry (I didn't.)

At about 1:45 am they wheeled me up to ICU. I was the only patient on that side of the floor. They started an insulin drip (because my blood sugar was so high - 543.) That high of a blood sugar was startling. My mom left after the nurses got me settled in my room. One of the nurses came in and patted me on the hand "We will take good care of you."

I didn't sleep at all. I watched 2 episodes of Law and Order: Criminal Intent. There were reruns of the summer Olympics, so I watched several of the events in track and field. And the Office. And Friends. And every hour on the hour, the nurses came in to take my blood sugar and adjust the insulin drip. My poor fingers were like pincushions. Because I had an IV in each arm, I had to lay on my back with my arms propped up on pillows. Not my favorite position. And if I moved my arms, the IV alarms went off.

The typical icky hospital breakfast was served. The hospitalist came in about 10 am. I really like him, Dr Chamberlain. He confirmed that I had leukemia, and that I had the "good" kind of leukemia. It is chronic leukemia. He prescribed Hydrea, which destroys the white blood cells and Allopurinol which helps decrease the uric acid created by the destruction of the white blood cells. Uric acid settles in the joints and can cause severe pain (like gout.) He asked me what my pain was (about a 7.) He ordered more morphine (I had some in the ER and then in the ICU.) He didn't want to let the pain get out of control (I had a lot of pain in my breastbone.) It also calmed me down a lot.

Dr Chamberlain said that there were treatments for CML, that it wouldn't be cured, but it could be treated. I would live a normal life span and that something else would get me besides the leukemia. I still had a lot of apprehension but appreciated the good news about the "good" leukemia.

I continued to improve and after 15 hours in the ICU they moved me to a regular hospital room. Yay. That involved no insulin drip, just shots and Metformin. By then my blood sugar was down to the low 300s, awful but still going down. The hospital food was marginally better. All of the IV bags went away except for the sterile solution (water) to keep me hydrated. However, I still couldn't sleep.

My mom came and stayed with me all day Wednesday, only leaving at 6 pm because our home teachers were coming. I finally fell asleep at 10 pm, only to be awakened at 2 am for the blood sugar poke, oxygen level and blood pressure check. Sigh. How do they expect you to get rest???

Thursday was more of the same. Dr Chamberlain came be in the afternoon and told me that my white blood count was 270,000 which was excellent after two days of Hydrea. He also said that the catheter could be removed and that I could get out of bed and sit in a chair. Yay again. That made me feel much better. And that if I kept getting better he would discharge me on Friday. Wow.

For lunch, it was awful. A French dip sandwich (with meat that looked like it came from a vending machine.) A pink tomato slice, mixed vegetables and milk. I drank the milk and ate the vegetables. Of course, the nutritionists came by that afternoon and wondered why I hadn't finished my lunch. "Because it was icky." They asked what I would like. "More fresh fruits and vegetables and yogurt." So for snacks and with each meal I got yogurt. Woo hoo. (My question is why hospitals don't have more fresh fruits and vegetables. I don't care if I get meat and potatoes, a dinner salad would be nice. Rant over.)

Same sleeping results Thursday night (4 hours.) Friday morning arrived and so did Dr Chamberlain. He was very pleased with the white blood cell count which was 240,000 by that time. I was amazed I thought it would take longer than that to drop. My blood sugar level was under 300 so that was good enough to go home. Yipee!!!

I am so very grateful for the many prayers offered on my behalf. Thanks to my brother-in-law David for a priesthood blessing when I was in the ICU (a doctor came in and helped.) I am grateful for a second chance at life. Thanks to my mom for being my caregiver until I was able to go back to work. I was out for 2 weeks, which is a miracle.

I will post the second part of my journey later.

PS- I am asked what the symptoms are for CML. Fatigue (I was tired, but nothing out of the ordinary, I attributed it to grieving for my dad who died in June.) Sweating (I thought it was hot flashes and it was summer and it is hot in Utah.) Weight loss. My clothes were getting looser and I thought it was because I was eating five servings of fruits and vegetables a day. And because I was grieving and didn't have much of an appetite. 85% of patients diagnosed with CML have no symptoms and it is found by a CBC. That was my case. 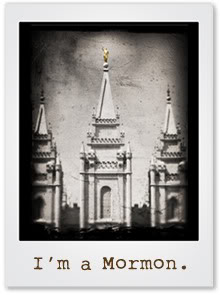